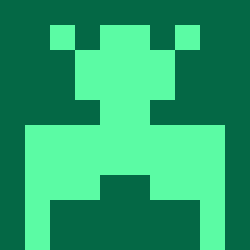 Radical and rational equations and expressions

On this page:
Heart of Algebra
Passport to advanced mathematics
Problem solving and data analysis
Additional topics in math

Radical and rational equations and expressions on the SAT

On the SAT test radical and rational equations and expressions are part of passport to advanced mathematics subscore that includes 9 advanced topics (see the full topics list on the top menu).

Radical and rational equations and expressions topic is divided into sections from easy to difficult (the list of the sections appears on the left menu). Each section includes detailed explanations of the required material with examples followed by a variety of self-practice questions with solutions.

Rewriting a rational expression as a quotient and a remainder can be done with 2 methods: long division and grouping the numerator.

Solving rational equations is done by multiplying both sides of the equation by the least common denominator. Since rational expressions contain a variable in the denominator, we need to exclude an extraneous solution for which the denominator equals to zero (we can’t divide by 0).

Radical equations:
Radicals are rational exponents that are written with roots. For example √x. The symbol of a radical is √ and it represents a square root (instead of writing 2√x we write only √x).

Previous knowledge for this topic includes solving quadratic equations, operations with exponents and solving a linear equation with fractions topics.

Continue reading this page for detailed explanations and examples.

Rational expressions on the SAT

Before performing operations with two or more rational expressions, you should check if it is possible to simplify each expression by cancelling out common factors (factors that appear in both the nominator and the denominator). Making different operations on simplified expressions will be much easier.

The steps for simplifying one rational expression:

The steps for solving rational expressions:

Step 3- Cancel common factors that appear both in the numerator and the denominator.

Step 3- Cancelling common factors that appear both in the numerator and the denominator:
We can cancel x+1 and x+2 getting (x+3)/(x+2).

Rewriting a rational expression as a quotient and a remainder

Note that:
a(x)>b(x), otherwise we can’t create a quotient.
q(x) has no denominator, therefore it represents the quotient; r(x) is divided by the denominator b(x), therefore r(x) is the remainder.

Step 1: Divide the terms with the highest exponents of the dividend (the numerator a(x)) and the divisor (the denominator b(x)) and place the result above the bar.

Step 2: Multiply the result of step 1 by the denominator b(x) and place the result below the dividend adding it a minus sign (the numerator):

Step 3: Subtract the result from step 2 from the dividend a(x).

Step 4: Continue dividing replacing and subtracting the dividend with what is left from the subtraction:

Step 2: Multiplying the result of step 1 by the denominator x2 and placing the result below the dividend (the numerator) adding it a minus sign (we add a minus because we need to subtract in the nest step):

Step 3: Subtracting the result from step 2 (in the previous step we added the minus sign to 5x3) from the dividend 5x3+4x2+3:

Step 4: Continuing dividing replacing and subtracting the dividend with what is left from the subtraction:
The new dividend (instead of the numerator a(x)) is now 4x2+3, the denominator b(x) stays as the divisor b(x) which is x2. The answer is 4 and what is left is 4x2+3-4x2=3. Therefore we write -4x2 under the dividend and add 4 to the answer that is written above the bar (getting 5x+4 above the bar):

In this example the denominator is composed from only one component x2, therefore we can factor it out:

In this example the denominator is composed from an expression x-1, therefore we need to factor out x-1 from the nominator. For detailed explanations learn the factored form of a quadratic function subject.

Rational equations on the SAT

Step 2: Solving the equation: We can solve the new equation since it does not include denominators, it can be a linear equation or a quadratic equation.

Sometimes the answers of the equation without denominators don’t satisfy the original equation. See the next paragraph for further explanation.

Radical equations on the SAT

Step 1- Isolate the radical expression on one side of the equation:

Step 2: Square both sides of the equation:

If we raise the radical of a square root to a second exponent, we get only the expression under the radical, since (√x)2= x1/2*2= x2/2=x1=x. Since there is no radical in the equation, we can solve it in the next step.

We can solve the new equation since it does not include radicals. It can be a linear equation or a quadratic equation.

Sometimes the answers of the squared equation don’t satisfy the original equation. See the next paragraph for further explanation.

Extraneous solutions of a radical equations

Why do we get extraneous solutions? The reason is that the squared equation is different from the original equation, as a result it has more solutions.

Menu
Subscribe to our newsletter and get tech’s
top stories in 30 seconds.